0
Read Time:2 Minute, 32 Second
We arrived at Santarém at 7.30am on Saturday 19th January. Even at this early hour the temperature was edging 30C, and projected to rise to 36C later in the day. It was also very humid.
Santarém lies midway between Belem and Manaus in the state of Pará in Brazil. It was founded as a Jesuit mission in 1661. The blue-green water of the Rio Tapajós joins the muddy brown Amazon River here and the two waters flow side by side without merging due to the rivers’ different speeds, temperatures and densities.  The meeting of the rivers is a popular location for tourism.
In the 1920’s, during the rubber boom, Henry Ford spent $80million to establish an enormous rubber plantation foe the production of tyres to supply the American automobile industry.  The first men and equipment arrived in 1928, marking the beginning of a large project called “Ford Industrial Company of Brazil”. Two cities, Fordlandia and Belterra were created in the middle of the jungle and more than 3 million rubber trees were planted. The project ended in disaster when many of the workers died from malaria and yellow fever. Insects destroyed the plantations and the project was ultimately abandoned when Ford realised that there were too many obstacles to overcome. The rusted remains of trucks and electricity generators and abandoned American-style bungalows are still visible 40 miles outside the city.
Santarém is now an important trading centre for the region and is the third largest city on the Amazon after Manaus and Belem. It exports wood, minerals and is the world’s largest soya export port.
We were supposed to be alongside the quay when we first arrived, but found that another ship – the Qust for Adventure  – had “queue jumped” our birth, which meant we had to disembark by tenders – a process that took the best part of 2 hours. We didn’t go on any of the official tours here, but spent our time walking the 1.5 miles along the busy waterfront to the city centre. This provided lots of photo opportunities to photo the wide variety of exotic birds we saw along the way, and presented an interesting diversion to the floating market, where we found the fish landed that morning, including the Pirannah, pictured below. I thought I’d also include a few photos of the insects that have taken up residence on the ship, including one moth that was the size of a human hand, drawn by the lights on our superstructure.
Next stop, the remote village of Boca da Valeria, a small Indian community where we should have a chance to meet the locals, visit their homes and see the wide variety of pets they keep, including sloths, monkeys, lizards etc.
Moth – around 5 inches wingspan. 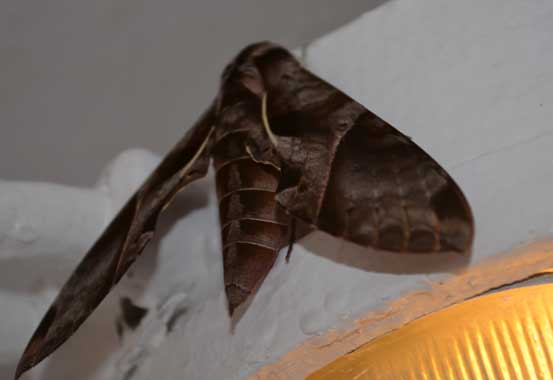 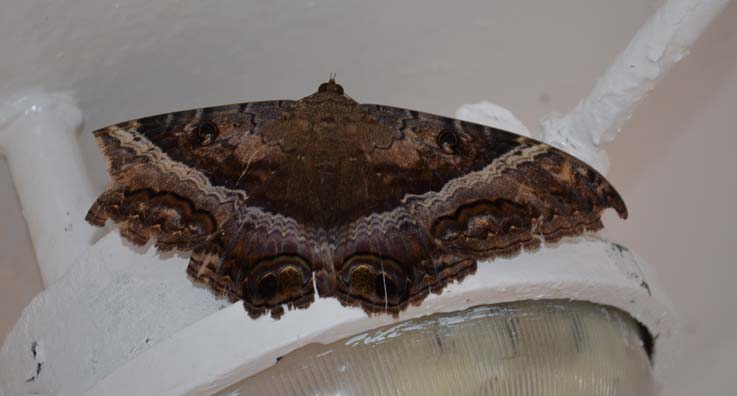 Santarem waterfront – note the exotic bird in the foreground. 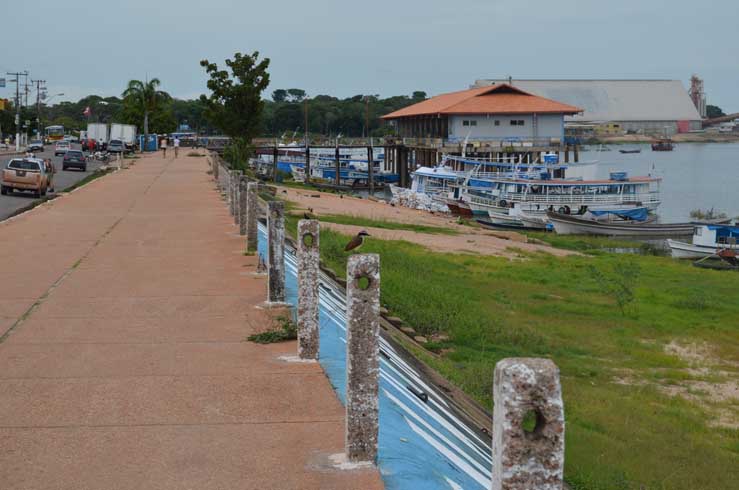 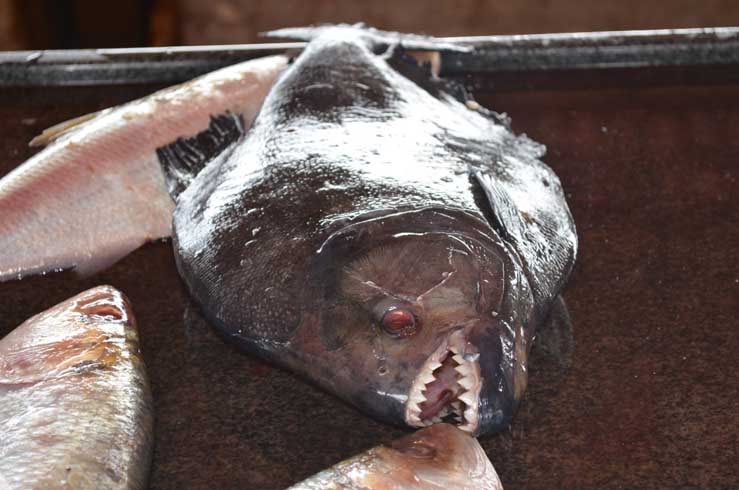 Another exotic bird (variety to be determined). 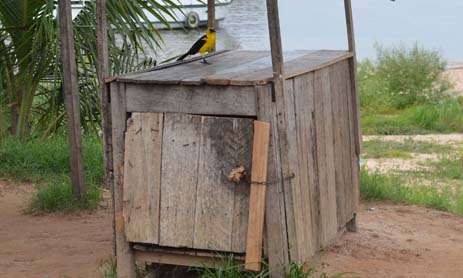