0
Read Time:3 Minute, 50 Second
The tiny village of Boca da Valeria sits at the confluence of the Rio da Valeria and the Amazon. This remote and primitive Indian village of 75 inhabitants is surrounded by the great rain forest of the Amazon, and is typical of the thousands of isolated communities within the Amazon basin. It is a startling contrast to life in Brazil’s modern Amazon cities of Santarem, Belem and Manaus. The primitive Caboclo (descendents of Portuguese settlers who intermarried with the local Indians) village, which consists of just a few wooden houses has no tourist infrastructure, and the inhabitants of the small settlement live by hunting and fishing
Boca means “mouth of” and is the entrance of the Valeria River into the mighty Amazon, located on the south bank of a 400ft-high hill overlooking the Amazon river. A distinct line in the waters is visible as the two rivers run alongside each other for several miles before they finally blend together. The settlement itself is located midway between the towns of Parintins and Santarem.
There are no roads, nor motor vehicles; a simple dirt footpath leads through the village, crossed by other paths which lead into the rain forest. The villagers’ homes are made of wood, with openings for windows and a door, and have no panes of glass. The houses are supported on long stilts, which protect them from the varying levels of the river (the flooded area can spread out to up to 200km from the riverbanks). When the river is high during the rainy season of December to May, the trees are covered to waste-height by the water. In the dry season they plant manioc and vegetables on small pieces of land where their livestock roam. The rest of the year their livestock are kept on their balconies. The focal point of the community is the simple school, the single church, and the village ‘bar’.
So that’s some background to the place we visited on Monday January 21st. The real experience was somewhat controversial. Yes, it was a poor and simple community, and for the first time we could get a better understanding of how these communities live, cut off as they are from what we westerners might call “civilisation”. But, it was clear to see that tourism has affected the community. Is this a good thing or a bad thing? I can see that tourist dollars will help in some ways, and no doubt this is how they came to have their own electricity generator, providing power to all of the homes in this small community, and some modern facilities such as TV’s and fridges, the latter being particularly useful in temperatures that rarely fall below 30C at any time of the year. But commercialism was apparent everywhere. Every photo had a cost, and though we had given pencils, notepads and other goods to the school, it was raw cash that most of the people wanted. Maybe this isn’t so bad where they have taken the trouble to put on their native dress for the benefit of us tourists, or where they were selling locally made handicrafts, but it was clear that many of the “pets” – sloths, lizards, Toucans, parrots etc, that the children had were there because they generated business, and not because they had real affection for them. The ‘pets’ were in fact commodities to be exploited. This, more than anything else, was a stark example of how tourism can take away the innocence of remote communities.
As you will see from my photos, I am guilty in propagating this problem, having given a small cash token for the pictures of the animals. I did wonder afterwards whether I had contributed to the problem of children capturing what could be rare species of wildlife for the benefit of the next group of tourists, and if so, I’m not feeling too good about it. I can only hope that by writing about it here, other travellers may at least be made aware of this issue. I’m left pondering whether, taking all things into account, tourism provides a net benefit for these remote communities, or whether it inevitably leads to some form of exploitation. I’d be interested in any views from fellow travellers.
Traditionally dressed girl holding Sloth 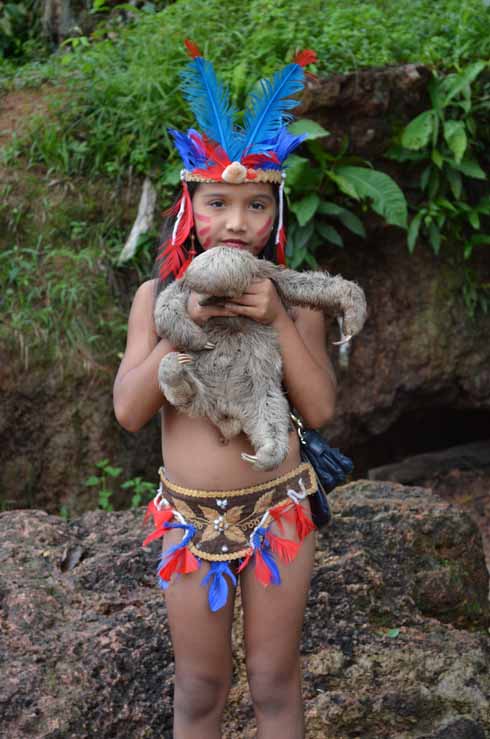 Me with traditionally dressed local girl. 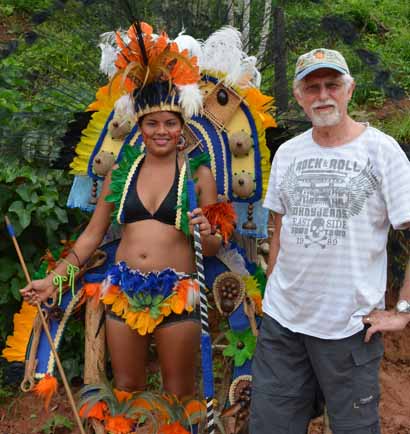 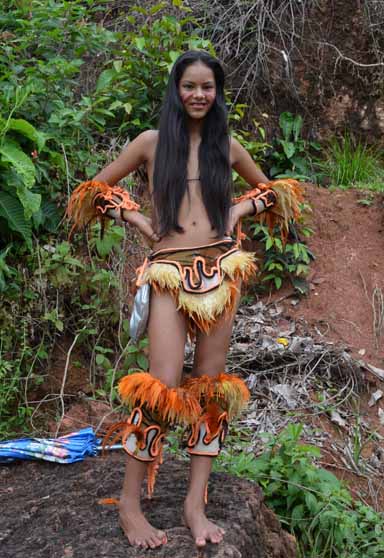 Lynda with local girl and Sloth. Lynda is on the left 🙂 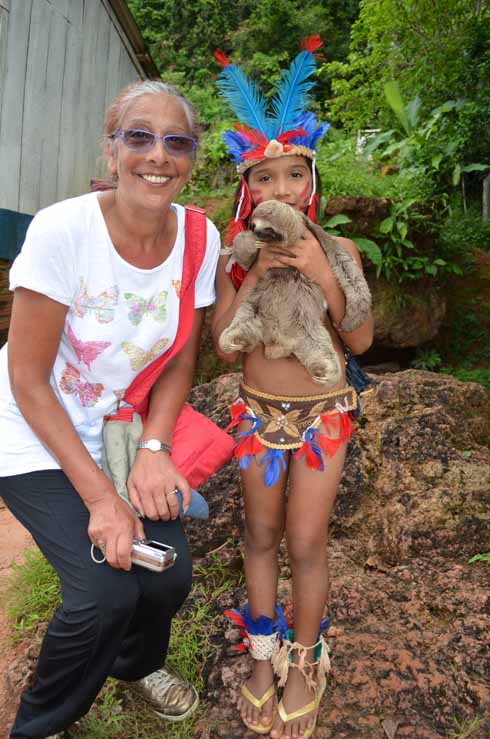 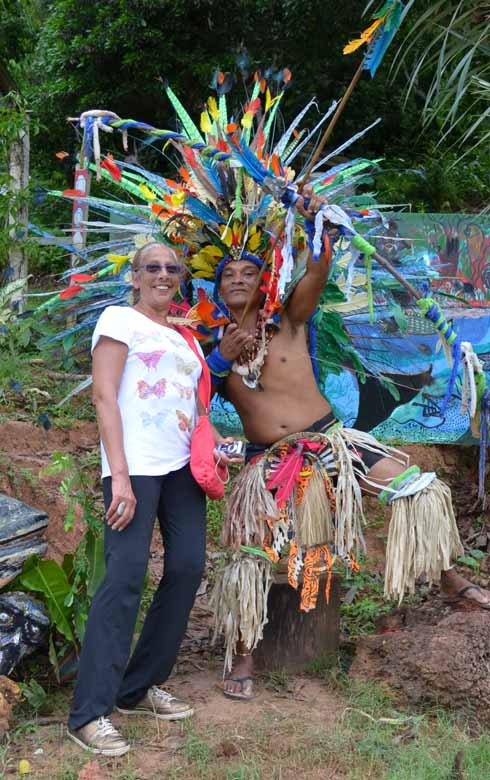 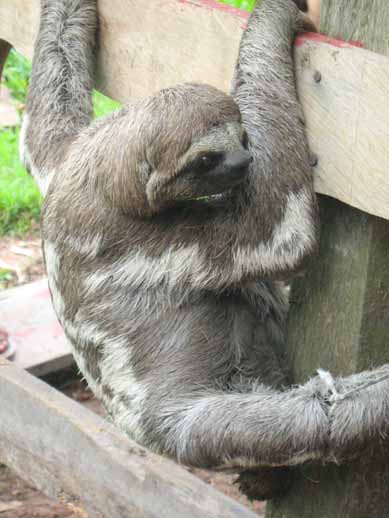