This was our last stop on the "Amazon leg" of our cruise. After this we travel to the West Indies, and then home.
Macapá is the capital of Amapá region which stretches from the Amazon delta to the borders of Guiana and Suriname.  The city has no highway connections with other capitals in Brazil. It is only accessible by boat or by air. Amapá is the best preserved state in Brazil as less than 1% of it has been deforested.
Macapá is the only city to lie at the point where the Amazon meets the sea, and is situated right on the equator, which divides the north and south sections of the city. This is marked by the Marco Zero Monument, a large sundial located at the northern mouth of the Amazon.
We didn’t actually visit the city of Macapá, which is a fairly long  taxi or bus ride from the port of Santana, where we were docked. The pictures below are taken from the deck of our ship in Santana.
This is our last port of call in the Amazon. We next visit Iles du Salute – Devil’s Island, made famous in the film Papillon – off the coast of French Guiana and then onto the West Indies.
View across the Amazon from the port of Santana 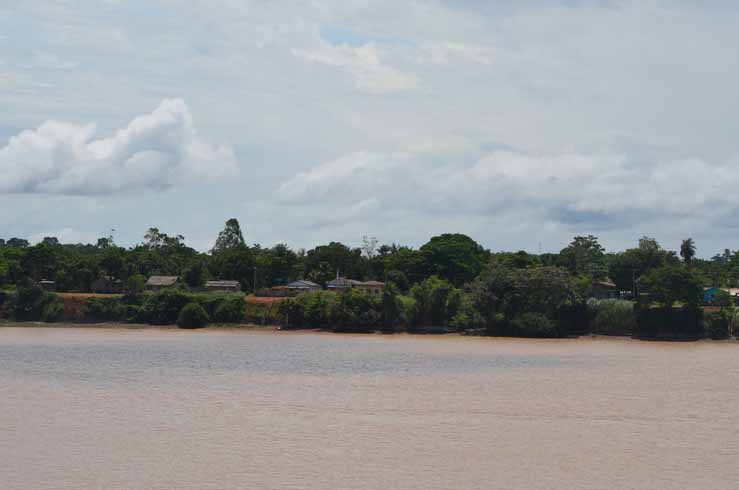 Heading out of the Amazon, on the way to Iles du Salute 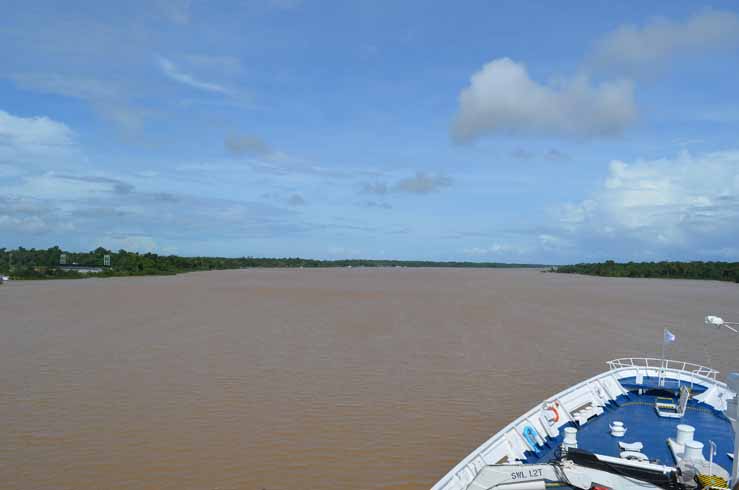 A grey dolphin (or as much of it as I could photo!) 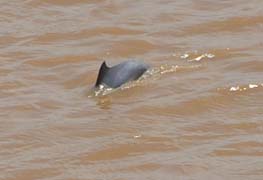