We arrived at Horta, capital of Faial Island in the Azores on the afternoon of Friday, 8th February, after five days at sea, crossing a fairly benign Atlantic from Barbados. Faial is one of the nine islands that make up the Archipelago of the Azores. The marina is a primary stop for yachts crossing the Atlantic, and its walls, and walkways are covered in paintings created by visitors who noted the names of their vessels, crews, and the years they visited. Peter Cafe Sport across from the marina houses the island’s scrimshaw museum; a collection of hundreds of pieces of Scrimshaw work carved on whale tooth and jawbone.

Mark Twain visited Horta in June 1867, near the beginning of a long excursion to Jerusalem. He described his visit, with acerbic commentary on the people and culture of Horta, in “The Innocents Abroad”. Similarly, Joshua Slocum, sailing the Spray, stopped in Horta on the first leg of his solo circumnavigation, which he chronicled in his 1899 book “Sailing Alone Around the World.”

We only had half a day at Faial, so were a bit limited on the extent to which we could explore the island and the city of Horta. We had arranged to go on the “Capelinhos Volcano” guided tour, which took us to the vast volcanic crater known as ‘Caldeira’, over a mile in diameter and 1,200ft deep. Unfortunately there was a mist swirling around the high ground which prevented a clear view inside the crater, but spectacular nevertheless.

We passed the villages of Ribeira Funda, Praia do Norte and Norte Peqeno on the way to getting a view of Capelinhos, about 1km from the coast, an extinct volcano which rose from the sea in 1957. During the eruption the volcano added a whole new part to the island, burying fields and houses with ash and lava. The remains of the half-buried lighthouse can still be seen.

The whole island is filled with hydrangeas, which border both sides of many of the roads. We had to imagine the blaze of colour this would produce because, unfortunately they were not in flower during this part of the season. The island has been called the “Blue Island” due to the burst of colour from the hydrangeas.

A very beautiful island, which we’d like to visit again one day as part of a more extended holiday.

Our next – and final – port of call is Ponta Delgarda on the island of Sao Miguel, where we arrive tomorrow, Saturday 9th February. 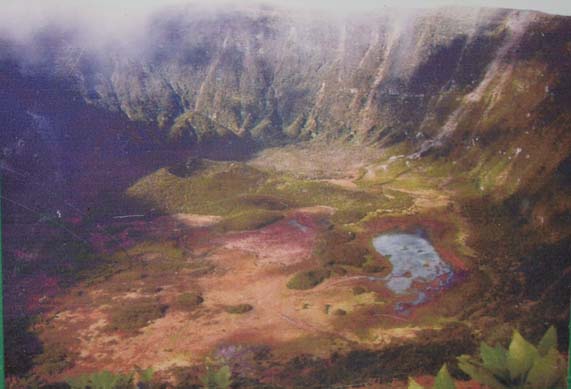 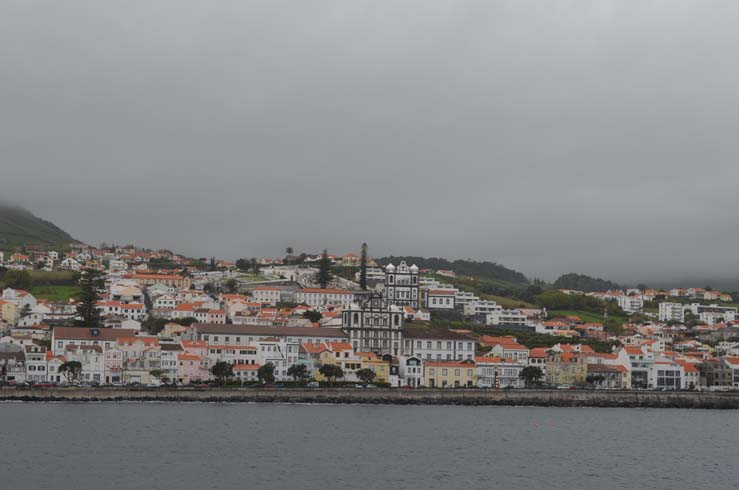 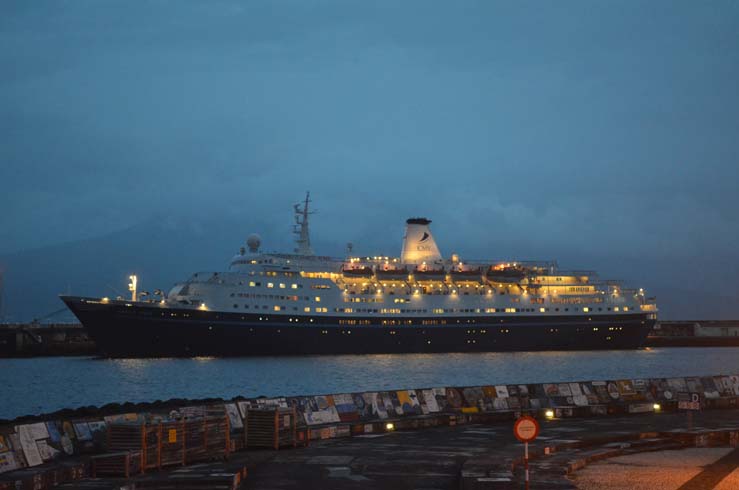 The old lighthouse, half-buried in lava. 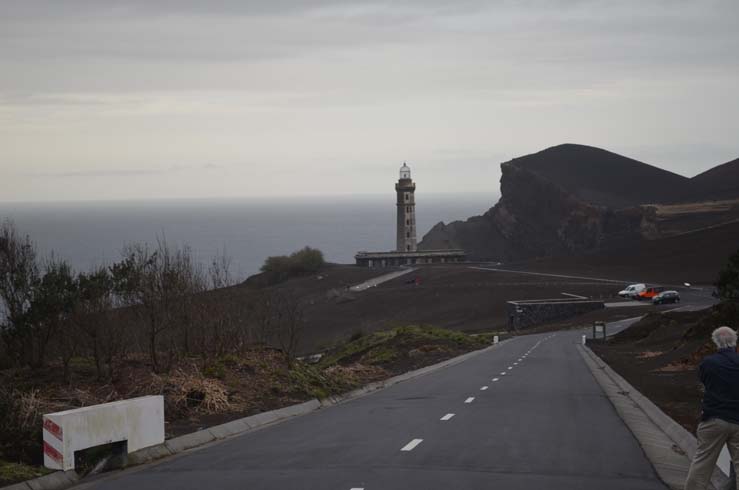 Previous post Bridgetown, Barbados – and farewell to the West Indies!

Next post Ponta Delgada, Sao Miguel, the Azores: and then (finally) home!