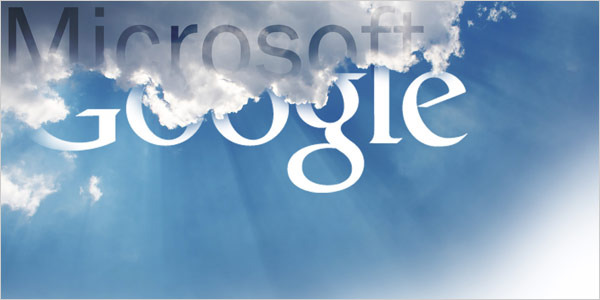 Microsoft’s Windows Live efforts are the software giant’s answer to web applications and cloud computing. However, from where I stand, they’re less a cloud strategy than a layer of fog over the multibillion-dollar packaged software franchises that keeps Microsoft going.Ray Ozzi, Microsoft’s chief software architect, seems to appreciate the scale of the task facing the software behemoth. In his interview with Om, he recognised that their legacy desktop applications were no longer the pivotal point for development: “A student today or a web start-up, they don’t actually start at the desktop. They start at the web, they start building web solutions, and immediately deploy that to a browser”However, the various announcements about online versions of Exchange and Sharepoint, and the beta release of Office Live Workspace all seem to be distinctly underwhelming, and indicative of a “me too” mentality.Users are getting more familiar with accessing web-based applications, and putting increasing trust in the likes of Google for providing secure services. From a personal perspective, I’m fed up with having to keep patching (mainly Microsoft) applications on my desktop, and finding Windows Vista runs ever more slowly each day (and that’s when it doesn’t crash and burn). I’ve resisted upgrading to MSOffice 2007 because quite frankly, I don’t need the extra features, and am making gradually more use of Google Docs and OpenOffice.  I’ve also started to dabble with Google Apps, and am in the process of migrating all my Outlook email and contact management to the Google environment, hence my reliance on Microsoft is diminishing by the day (unfortunately will be stuck with the Operating System for a while yet though).Whether things like Foldershare or Skydrive will buy any time for Microsoft I don’t know, but the ad hoc nature of these ‘software plus’ services,  the small enhancements to its email and collaboration applications, plus some tweaks that let users access Office documents while away from their main PC,  doesn’t collectively strike me as being part of a major strategic rethink in how best to address the web-based picture. It certainly doesn’t appear to be tapping into the power and potential of cloud computing that the likes of Google and Amazon have been forging ahead with. Whether Microsoft’s failure to present a cohesive and compelling strategy is ultimately going to be fatal for them remains to be seen. They do have the benefit of a cash mountain behind them, so I guess they could buy themselves into anything (but not sure that Yahoo is the answer either!). However, I think it’s a bit like turning an oil tanker, and in the meantime Google has docked and is unloading the goods. Interesting times ahead I think