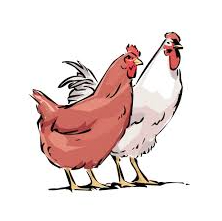 With apologies to the original author, but I don’t know the provenance of this piece. All I know is that it conforms to my understanding (and experience) of how the European Union works, it explains it in language we can all understand, and (irony and pathos aside) it’s very funny.

Subject: How the EU works

The deputy chairman of a local resident’s association offered to help us understand how the EU works and he wrote the note below using a Cheral Residents’ Association analogy to explain the processes.  The explanation of how the EC works is greatly simplified in order to render it understandable even to the few deluded Bremainians in the association..

Once upon a time, a man moved into a house.

He kept a few chickens. His next door neighbour made jam.

After a while, they got chatting over the fence & he gave her a box of eggs which she accepted. Out of  kindness, she gave him a jar of her homemade jam in return. This became a regular thing.  It was a trade between them & they got on fine for years without need for anything in writing.

But nearby they have a bossy neighbour called Mr Pluncker who wants to control everyone.  He runs the local resident’s association that has high membership fees.

He tells them both they will benefit if they join the resident’s association because it will enable them to meet more of their neighbours & network so they may be able to sell more eggs & jam to their neighbours.

So they join. It has seven other members at the time. This all worked OK. But, after a while, the resident’s association committee started giving them advice on how to run their own households.

Then some affordable housing was built nearby with poor and formerly homeless people moving in.  They are allowed to join the resident’s association, but instead of having to pay a membership fee, being poor,  they actually get paid to join.

After a few years, the membership expanded to 28 households.

Half of them were poor households and benefitted from free membership.  Some of the poorer ones even received money from the association each year.

After a while, the resident’s association committee started getting bored & wanted more power to do something ‘exciting’ & ‘visionary’ & ‘bold’.  So they gave a few of the poor countries Wonga & QuickQuid type loans, on which the association got a hidden commission, as a nice little earner, from kindly Mr  Goldman and his partner Mr Sachs. They had a bank in the town and were good friends of  Mr Pluncker. You see, the resident’s association doesn’t actually have that much money, so it has to borrow the money to lend to the poor residents.

The man with the chickens also had a large pond with lovely koi carp that breed & he used to sell the fish. But the association took a vote & decided he should let the other residents, especially the poor ones, come & take out 80% of his fish so they too could sell them.  Of course, he voted against this but got outvoted. But this was all perfectly fine because the decision followed the democratic process.

The bossy neighbour Mr Pluncker who runs the association then started telling residents how they should run their households. He even made it a condition of their loans saying “If you don’t do as I say then the loans will stop & I’ll have your car off you”.

This rule secretly got extended to all residents. When they sign their annual subscription fee it’s written in the small print that ”No single member of the association will be permitted to make any decisions on how to run their own households without a vote being taken on it”

The idea was sold to the residents on the basis that they will all get to vote on whether they’re permitted to do this or that in their own house, so it’s all completely democratic.

Furthermore, each member is told – ”New rules on how you are to run your household will be generated for you at monthly intervals & you must obey them. You will, of course, be given a chance to vote on the new rules as this is a democracy’’

The reality of this wonderful new democracy is that 84% of individual residents get out-voted by sheer force of numbers. Meaning that whatever was right & appropriate for one household and was probably not right & not appropriate for another but it gets approved anyway; no exceptions were allowed.  Every household had to do exactly the same as the other households thanks the democratic ‘community method’ and something that Mr Pluncker called “acquis communautaire” just to make things even more confusing for the residents and everyone else.

But no matter. Everything is voted on so it’s all perfectly democratic.

Residents are also told they must leave their front doors unlocked so other members can wander into their house & stay as long as they wish. The poor people and those who are “vulnerable” (which means most of them) especially love this.

Some residents wonder where their money is going.  But when they ask to see the association accounts they are always refused. And they begin to wonder how Mr Pluncker the chairman of the resident’s association ever got voted in by the committee. Turns out he was the only candidate in a secret ballot.

Half of the residents think this is perfectly OK. Frankly they’re a rather timid & pathetic lot and they believe Mr Pluncker and his friends who warn them that if they were to leave the association it would be A LEAP IN THE DARK.  They’d be ostracised by their neighbours & wouldn’t know what to do or how to run their households.

In fact, after so many years of being told what to do, they’ve lost all confidence that they could ever run their households again.

So they just go along with everything without complaining.

Besides, the poor ones have little choice.  The association now holds their purse strings.

When any neighbours suggest they might all be better off leaving the association, they get called “racist anti-European xenophobes” meaning they must have a morbid fear & loathing of their neighbours in wanting to leave.

The motto of the new democratic residents association is ‘Pay & Obey’.

And no, they didn’t all live happily ever after……..

And neither will we if end up voting to stay in this dysfunctional and undemocratic organisation! 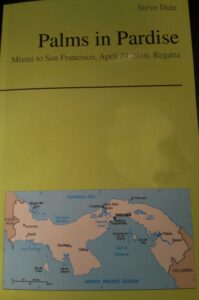 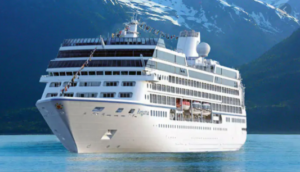