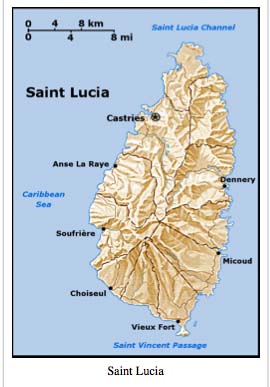 We arrived at St Lucia in the morning of Friday 1st February after an overnight cruise from St Vincent.

One of the Windward Islands, it was named after Saint Lucy of Syracuse by the French, the first European colonisers. They signed a treaty with the native Carib people in 1660. England took control of the island from 1663 to 1667; in ensuing years, it was at war with France 14 times and rule of the island changed frequently (it was seven times each ruled by the French and British). In 1814, the British took definitive control of the island. Because it switched so often between British and French control, Saint Lucia was also known as the “Helen of the West Indies”.
St Lucia is probably best know for it’s dramatic twin peaks – the Pitons – which rise to 2000ft, sheltering magnificent rain forests and orchards of banana, coconut, mango and papaya trees. With an area of 240 sq miles, St Lucia is the second largest of the Winward Islands.
St Lucians drive on the left and have a passion for cricket. Although English is the official language, French Creole patois is widely spoken by the locals.
We visited St Lucia last year on the Royal Clipper, that time visiting Soufrière, the islands oldest town and backdrop to the volcanic cone-shaped Pitons. This time we docked at Castries, the islands capital. We were somewhat disappointed to learn that our planned snorkelling trip on a catamaran had been cancelled, supposedly due to a mechanical failure on the catamaran, but suspicions arose that the tour had been hijacked by one of the three large cruise ships that were also docked at Castries. We therefore had to make hasty arrangements for an alternative, and opted for the 4×4 Jeep & Waterfall Safari.
Our morning was taken up with shopping at the Castries Art & Craft Market for spices, hot pepper sauce and the compulsory fridge magnets for everyone at home.
The jeep safari in the afternoon took us to Morne Fortune for a panoramic view of Castries before descending to Cul de Sac Valley and the community of Belair for a brief stop to sample some locally grown fruits. We continued to Sarrot Hill, passing through quaint villages and communities, and arriving at Dennery for spectacular views of the Atlantic Ocean. Finally, we went to Micloud and the Latille Waterfall, which was situated in a tranquil organic fruit, herbal and flower garden, run by a local Rastafarian who had made the garden’s his life’s work. An interesting character.
We sailed from St Lucia the same evening on our way to our final stop in the West Indies – Barbados. A slight touch of nostalgia as we left the harbour, seeing the 4-masted Royal Clipper all lit up. This time last year we were recently embarked on this for a 7-day cruise around the islands – that was most definitely a 5-star experience!
Castries Harbour 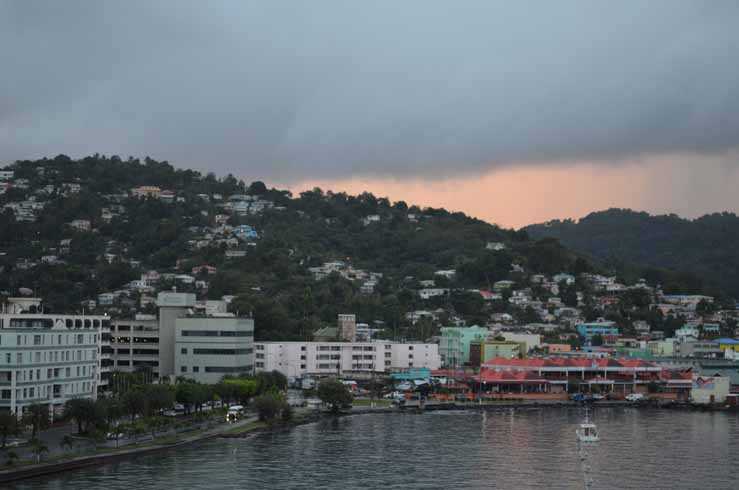 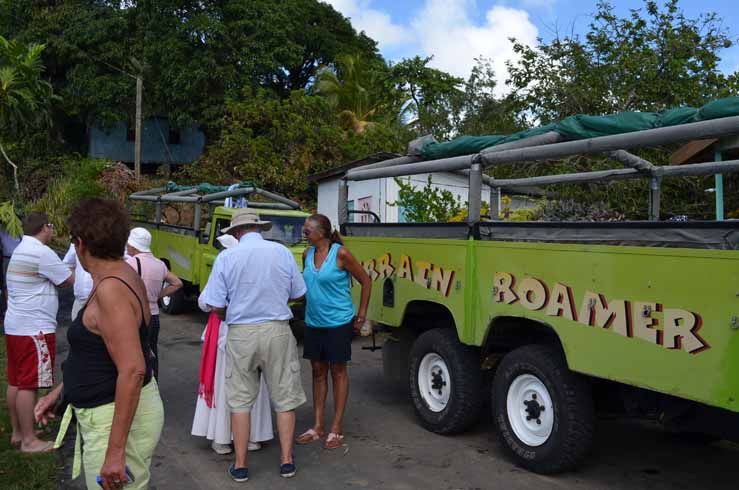 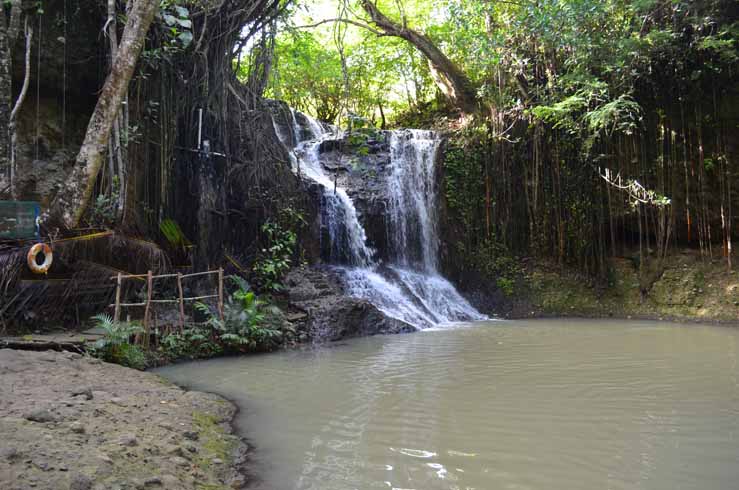 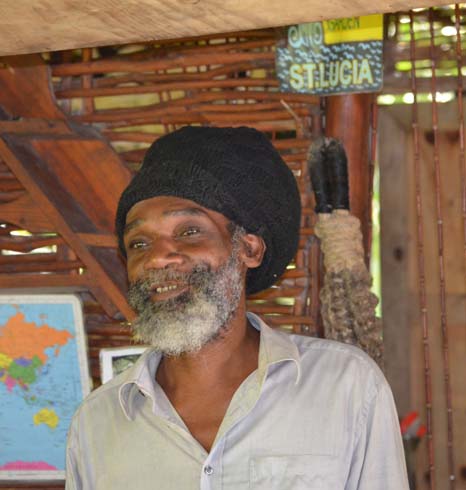 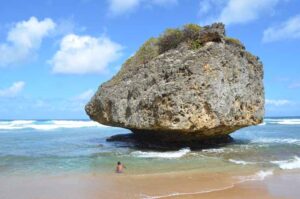 Next post Bridgetown, Barbados – and farewell to the West Indies!