We arrived at Parintins on Wednesday 23rd January. Parintins is situated on the southern bank of the Amazon River in the largest river archipelago of the mid-Amazon, on the boundary of the states of Amazona and Para. It is a small town dating back almost 200 years, with a rich Indian heritage.

Between November to January the town becomes an island (Tupinambarana) due to the low water level. There are no roads to Parintins – you either need to sail there or fly! In fact the principle types of transportation are donkeys, carts and motor-cyles.

There are few notable sights, but there are several local markets including a floating market along the waterfront. The town’s main income is derived from cattle farming and the export of wood and minerals, but it’s main claim to fame is the tourism pilgrimage each June to the Boi-Bumba festival. We were privileged to have had a special performance to coincide with the visit of our ship. Arguably the highlight of our tour so far!

Parintins is not a common tourist destination, except at the end of June for the famous annual folklore festival. The town divides into two competing teams: Caprichoso – blue, and Garantido – red, and wearing spectacular costumes the populace re-enacys the story of Bumbodromo – of Pai Francisco and his wife who steal the prize bull from the landowner they work for, and kill it.

When the landowner realises this he threatens to kill them unless they manage to resurrect his bull by midnight. The couple employ the talents of a shaman, a priest and an African pai santo who manage to resuscitate the animal, thus saving Pai Francisco.

This is the setting in fact for an official competition between the bois-bumbas. The performance usually lasts around six hours (we were limited to a one hour segment), and each team is judged by a panel of judges for the elaborateness and expressiveness of its dance, its costumes and body painting, and its music and supporters. The Bumbodromo Stadium is the location for the main festival in June, which lasts for three days. The stadium has a capacity for 35,000 spectators. Around the town, shop and house facades are painted red or blue, according to the owner’s preference for each of the bulls/taems. Even Coca-Cola signs can be seen painted in blue!

We enjoyed a liberal and free supply of the local rum and sugar-caine drink (I think I may have had a few too many) during the performance, but I’ll let the pictures speak for themselves!

Our next stop is Alto do Chao, a rustic beach community, on Thursday 24th January. 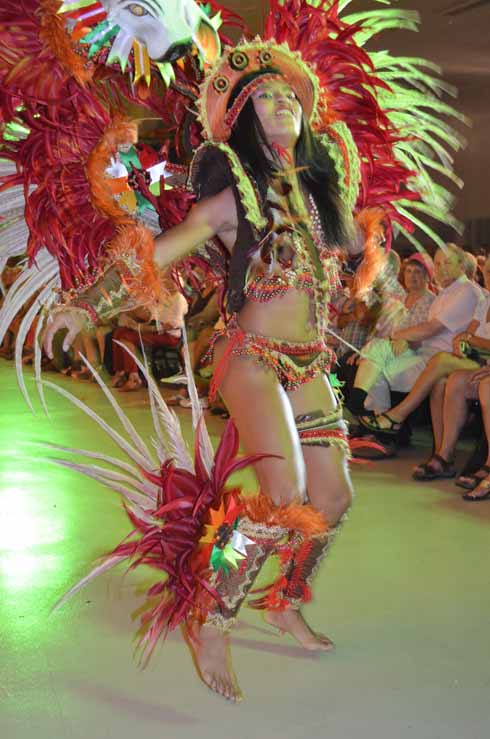 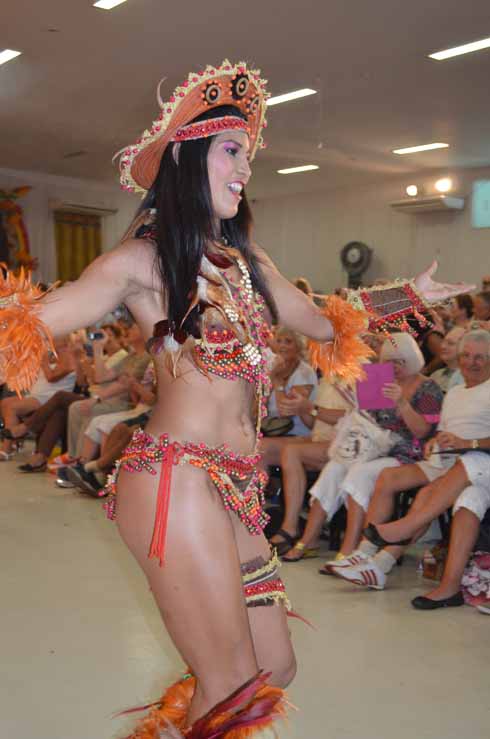 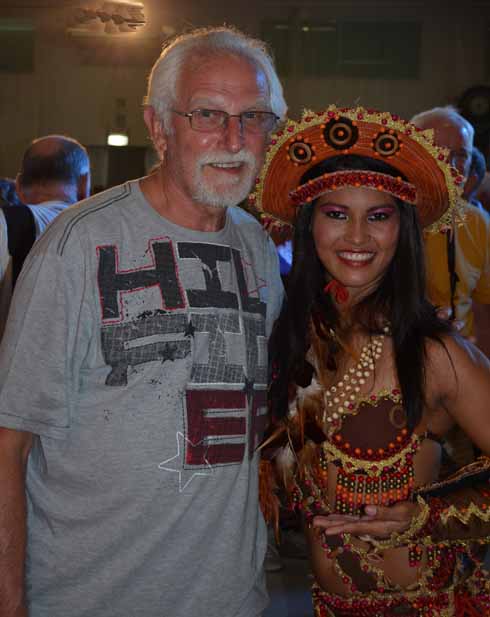 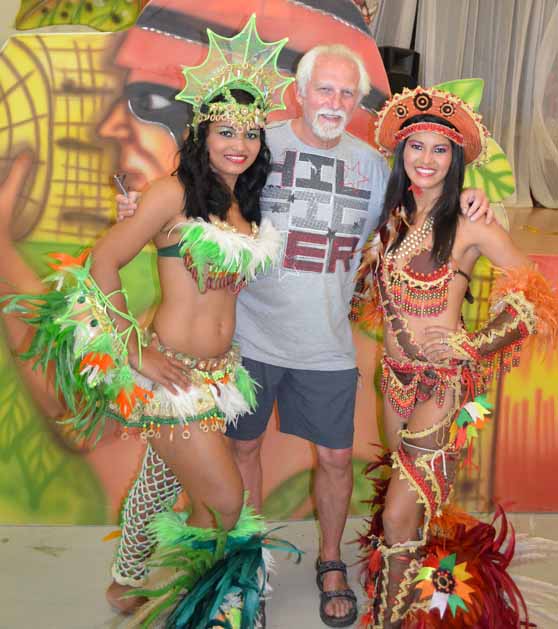 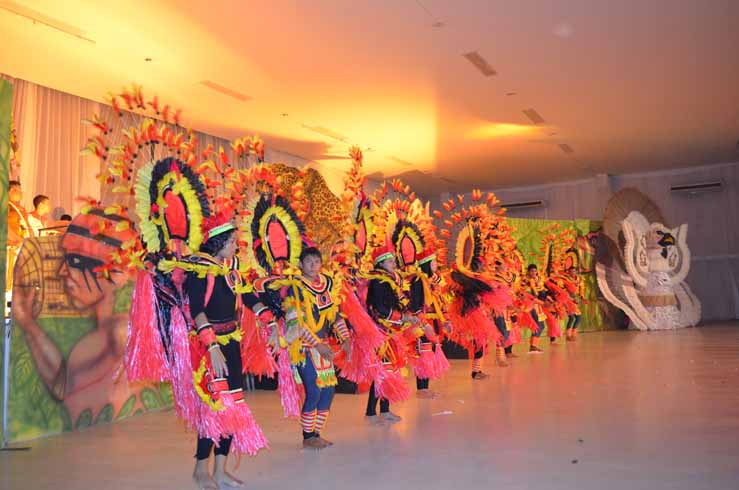 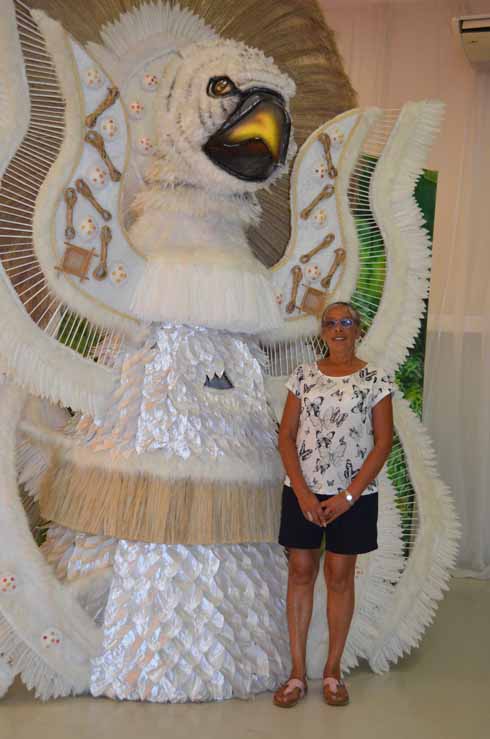 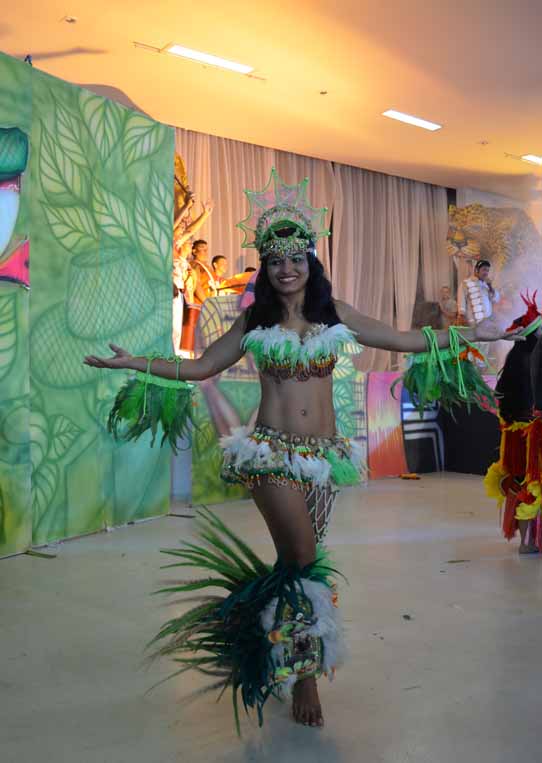