Day 9 of our cruise, so it must be Hobart, internationally famous among the yachting community as the finish of the Sydney to Hobart Yacht Race which starts in Sydney Boxing Day.

Hobart is the state capital and most populous city of the Australian island state of Tasmania (pop 212,000). Founded in 1804 as a penal colony, it is Australia’s second oldest capital city after Sydney. The skyline is dominated by Mt. Wellington at 1,271 metres, which has its own ecosystem and plays a large part in determining the local weather.

The highlight today was our guided tour that took in the Bonorong Wildlife Park, a sanctuary for orphaned or injured native wildlife. We mingled with (and fed) the many kangaroos that populated the grassy areas, and saw – close-up –  koalas, wombats, possums, and the famous Tasmanian Devils.

From there we travelled to the historic village of Richmond, which could have been mistaken for any small Cotswold village, with its Georgian architecture, galleries, cafés and boutiques. The chocolate-box scene was completed by a beautiful sandstone bridge that crossed the river that lazily meandered through the village. A perfect place to settle if you enjoy small-village life, and glorious weather all year round – what more could you ask for!

Our day was rounded off with a taste of the wide variety of fresh seafood at Mure’s restaurant overlooking the harbour, where we slightly over-indulged ourselves with local mussels, oysters, crayfish and squid.

Out of all the places we’ve visited so far, Hobart is by far our favourite, and I’d quite happily up-sticks and move here permanently – given the chance!

A swarm of kangaroo’s queuing for food

A Tasmanian Devil – of course!

The seafood arrives at Mures! 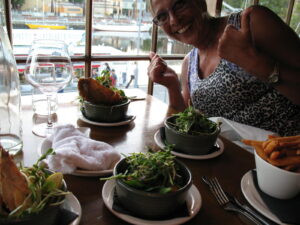 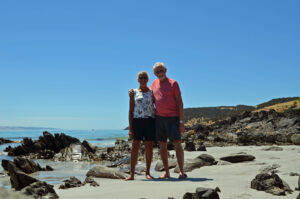 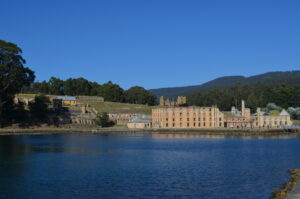